On 23 May, the finals of the 12th annual China Satellite Navigation Conference "BeiDou Cup" National Youth Sports Competition were successfully held in Nanchang, Jiangxi Province. More than 1,000 teenagers and family groups gathered at Jiulonghu Wetland Park to compete and experience the charm of "BeiDou + Sports", which also brought the competition to a climax. 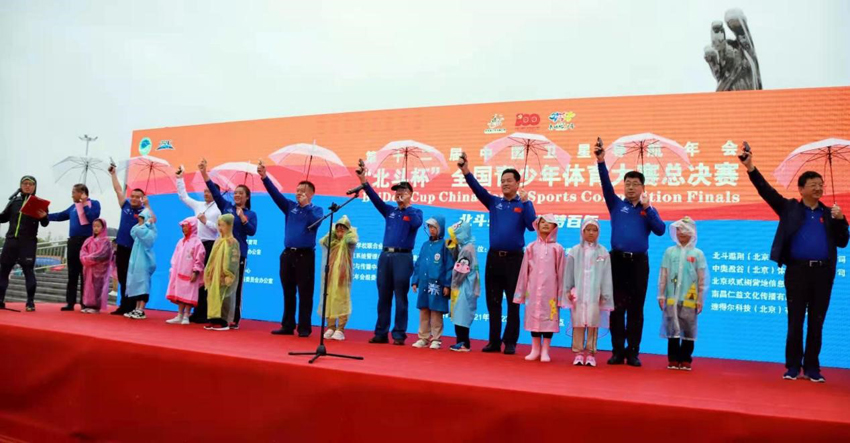 As an important national spatial information infrastructure, the BeiDou satellite navigation system plays a key role in various aspects of economic and social development, said Yang Jun at the launching ceremony. The "BeiDou Cup" National Youth Sports Competition has become an important activity for the popularization of science in the annual China Satellite Navigation Conference and the "Run! The Youth" children and youth fitness activity of the General Administration of Sports of China. It is a significant achievement of the integration of "BeiDou + Sports" and explores new ideas and models for the integration of sports and education; it will also play an important role in improving the physical quality and scientific literacy of young people, and has far-reaching significance in helping young people to enhance their national pride and establish ambitious ideals.

Li Songdian said in his speech that the Nanchang Municipal Party Committee and Municipal Government attached great importance to sports, and had held many high-level events. The activities are colorful and improve competitiveness continuously. The finals, which applied BeiDou positioning and navigation features to running, will certainly inject new vitality into Nanchang sports, give the new acceleration of Nanchang sports, and strongly promote the deep integration of the BeiDou system and sports. 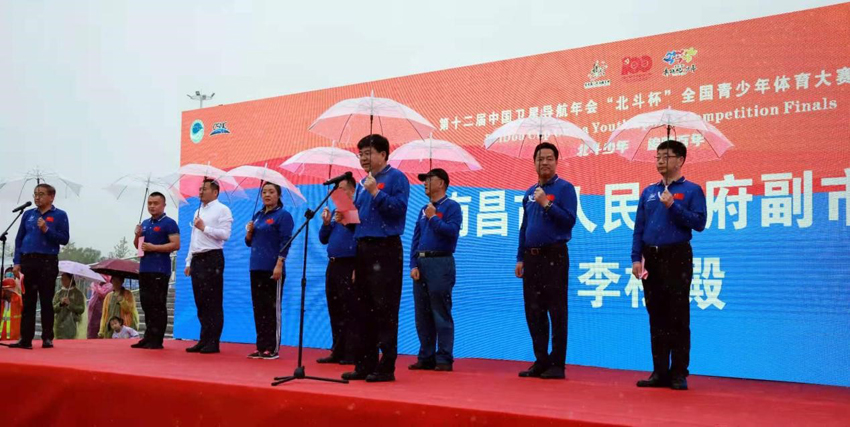 Peng Bo, a Jiangxi-born athlete and Athens Olympic diving champion, issued an initiative to the participating youths. He hoped that young people would take the "BeiDou Cup" National Youth Sports Competition as an opportunity to use the Olympic spirit and the spirit of BeiDou as their guide, actively participate in sports, explore the mysteries of science and technology, strengthen their bodies, and develop skills. The youth should grow up to be qualified builders and successors of the socialist cause of the new era with Chinese characteristics, who will be well-rounded in moral, intellectual, physical, aesthetic, and labour development. They will also be able to contribute to the Chinese dream of the great rejuvenation of the Chinese nation.

Huang Yifei, a second-grade student from the Jiulonghu Campus of Nanchang Normal Experimental Primary School, made a declaration on behalf of all the players: they will use wisdom, fight bravely in the competition, and demonstrate the good spirit and quality of will of the youth of today. In their future studies and lives, they will actively participate in sports, learn science and culture, and carry forward the new-age BeiDou spirit of "independent innovation, open integration, unity, and the pursuit of excellence", and ready to build a better motherland. 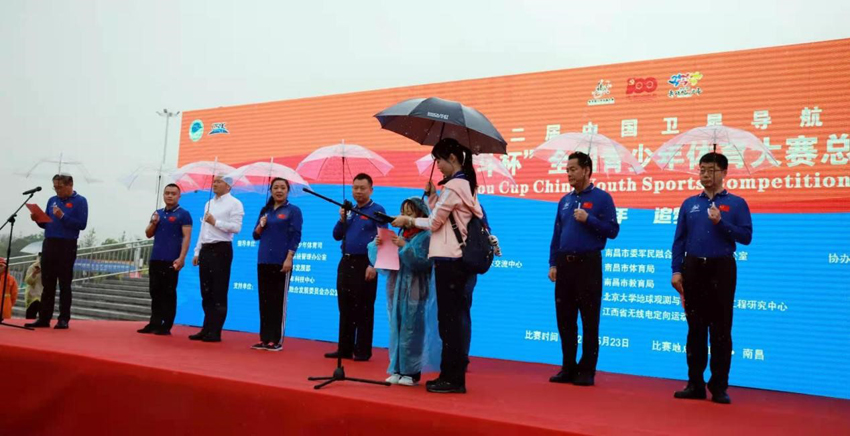 According to the organizer, the main objective of the event is to popularize the knowledge of BeiDou satellite navigation, promote the red culture of the centennial of the Party, and advocate the love of science and sports among young people. The race has four categories: university, high school, parent-child (teenager), and parent-child (children). Using a pre-set app or applet on their mobile phones, participants will follow the designed race route and complete the tasks with the support of the BeiDou navigation and timing functions. The offline tasks include a quiz on BeiDou and the 100th anniversary of the founding of the Party, a puzzle on BeiDou and Jinggang Mountain, a red culture themed physical exercise challenge, a "revisiting the first shot" shooting experience, a recitation of revolutionary poems, and a "red gene passing from generation to generation" signature. The rich and creative competition set up allowed the participants, especially the young students, to experience the joy of sports, while easily mastering the knowledge of BeiDou and feeling the power of red culture, which played a good role in the education of patriotism of the Party. 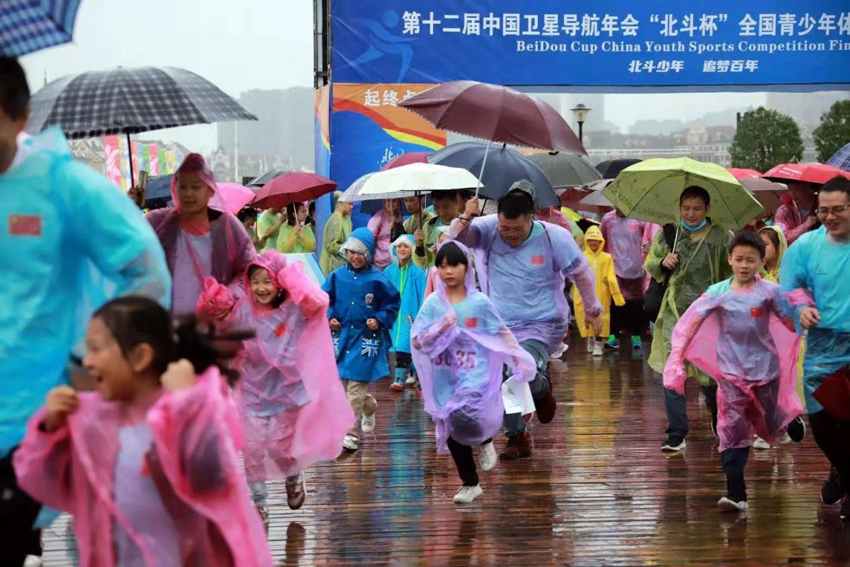 The start of the running

After a fierce competition, the organizers awarded commemorative certificates to all finishers. Huang Geqiao, Chen Huiyan, Zhou Tao, Feng Chaoying, Shan Baoliang, Liu Gongyan, Zhang Xinjian, and Zeng Weiping were the champions in four categories: BeiDou Wisdom Running and BeiDou Wisdom Orientation. The winners of the "BeiDou Good Youths" and "BeiDou Good Families" in each group will also be invited to attend " the Night of BeiDou " at the 12th annual China Satellite Navigation Conference in Nanchang on the 26th and receive awards. 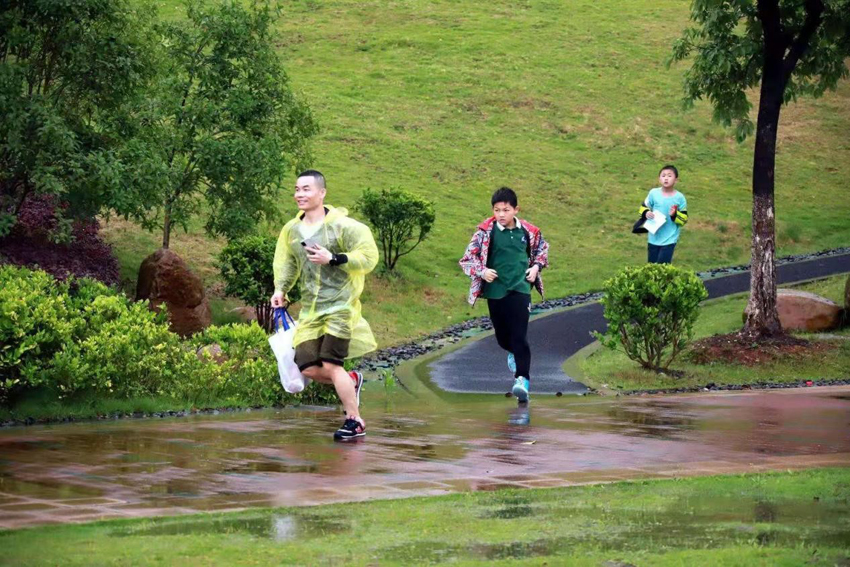 Over 100,000 children and parents participated. The offline regular season included BeiDou Wisdom Running in Changde Dingcheng and BeiDou Wisdom Orientation in Yiyang Taojiang, with more than 1,600 participants. The competition was of positive significance in promoting the integrated development of urban sports technology, sports tourism, sports culture and creativity, and the creation of urban sports IP.